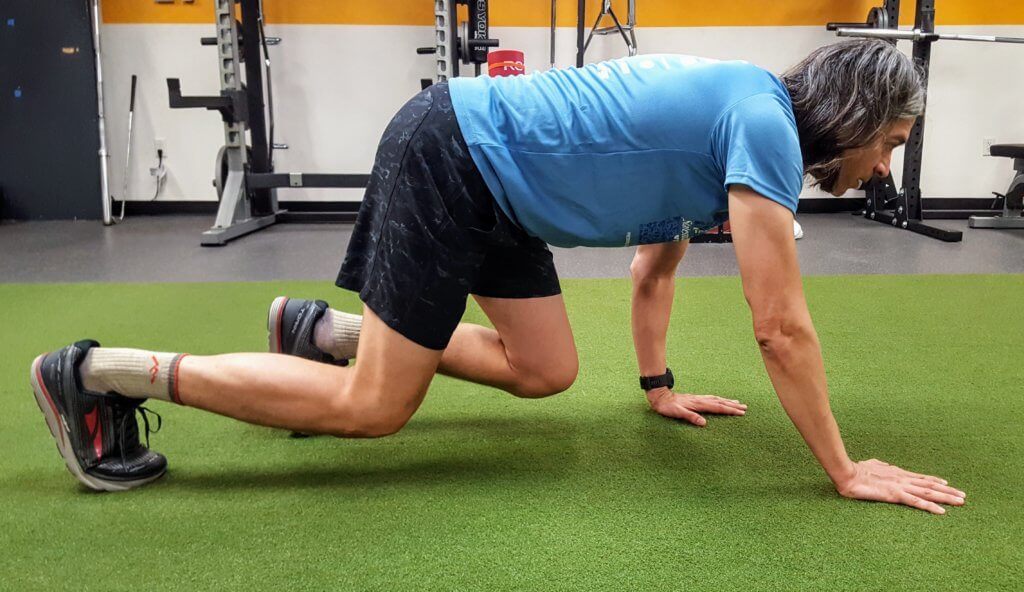 When you hear the term “bear crawl”, it probably conjures up the image of a bunch of sweaty people in a park thrashing around with their butts up in the air, grimacing and collapsing in a sweaty heap.

Moreover, you might have thought to yourself “No way anyone’s making me do that, I’m out of here if they even try”.

Don’t be too hasty though – rarely is an exercise just plain bad and not worth doing.  In fact, I’d argue that the bear crawl is in fact absolutely worth doing. Especially when executed well. But when executed without regard for technique (which is often the case when done for speed or when done to exhaustion), all bets are off.

The bear crawl combines a lot of things that we really like:

So give it a try! We’d suggest you start slowly and deliberately, working on keeping your spine still and moving the opposite foot and hand simultaneously. See if you can go 10 yards forward and 10 yards backward. You can also play around with moving side to side, instead of just forwards and backwards.

Let’s not completely disregard any movement simply because it’s been performed poorly in the past. Give it intent and mindfulness, and reap the benefits of improved movement and more productive training!

Side note: many of these reasons for doing the bear crawl are also reasons for not doing it. People who probably shouldn’t be bear crawling without at least some modifications include those who have:

For $39/month you’ll have access to our ever expanding database of On Demand workouts and video training tips. Whether you’ve got a fully equipped home gym or no equipment at all, we have workouts that you can do that deliver results!

Already subscribed? Login to access your On Demand pass.