How Much Sleep Do You Need?

I’ve been a short sleeper for most of my adult life. From my time as an intern in the collegiate strength and conditioning world to my current profession as a personal trainer, I’ve always started my day by 6am at the latest. My current morning commute is 25 minutes. And I am a breakfast eater. You don’t need a strong math game to figure out that I’m getting less than 8 hours of sleep.

It’s funny – I think I intuitively knew (and felt) the consequences of my short sleeping but until now have chosen to ignore it. I was clearly guilty of the “I’ll sleep when I’m dead” mindset and felt an air of superiority over those who couldn’t rise as early as me.

That has now changed. Having recently read Dr. Matthew Walker’s “Why We Sleep: Unlocking the Power of Sleep and Dreams” (as well as some of the related research), the fallacy of this way of approaching sleep has become clear.

Walker builds a pretty convincing case that our societal lack of sleep is having a devastating impact on our health, life expectancy, performance, productivity and safety. While I think that there are significant limitations in the current research and there is still much to learn, I am convinced that sleep is probably far more important than I’ve given it credit for. And while I’m always wary of overly simple “quick fixes”, I’m convinced that there is very little downside and tremendous upside to a good night’s sleep.

Short sleeping (getting less than the recommended 8 hours) like I’ve done for years has negative impacts on literally every part of our internal environment.

Here are a few of those items that jumped off the page at me:

Pretty strong case for sleeping more if you ask me.  Put more bluntly, not sleeping enough will make you:

So what can we do about it? Here are some of Walker’s recommendations I’ve tried to implement into my own sleep program:

*One interesting note – There appears to be some dissent among researchers as to whether or not there is an upper limit to the amount of sleep we should get. Some insist that sleeping more than 9 hours per night begins to show negative impacts on health markers while others say that no such relationship exists, and any correlations are due to underlying disease states. More research is needed to form a consensus, but 8-9 hours appears to be a pretty safe bet. 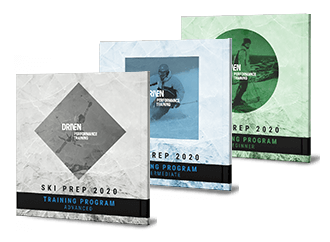 Are you ready for this year’s ski trip? Get your legs and core ready with one of our Ski Prep 2020 training programs! With 2-3 focused workouts per week, these programs will take you through a 6 week build that will improve your strength, balance, stamina and coordination so you can maximize your performance and enjoyment on the slopes.

*We’d recommend most people start out Green, particularly if you’re over 40. If your fitness level is already at a high level, blue may be a better choice. Black is only recommended for advanced athletes or those who have completed the blue program.

Still not sure? Check out this sample workout from the Intermediate Program